Abrasion
The process of rubbing, grinding, or wearing away by friction.

Abrasive
A substance capable of grinding away another material.

Acid Steel
Steel melted in a furnace with an acid bottom and lining and under a slag containing an excess of an acid substance such as silica.

Acid-Brittleness
Brittleness resulting from pickling steel in acid; hydrogen, formed by the interaction between iron and acid, is partially absorbed by the metal, causing acid brittleness.

Acid-Process
A process of making steel, either Bessemer, open-hearth or electric, in which the furnace is lined with a siliceous refractory and for which low phosphorus pig iron is required as this element is not removed.

Activation
The changing of the passive surface of a metal to a chemically active state. Contrast with passivation.

Age Hardening
Hardening by aging, usually after rapid cooling or cold working. The term as applied to soft, or low carbon steels, relates to a wide variety of commercially important, slow, gradual changes that take place in properties of steels after the final treatment. These changes, which bring about a condition of increased hardness, elastic limit, and tensile strength with a consequent loss in ductility, occur during the period in which the steel is at normal temperatures.

Air Cooling
Cooling of the heated metal, intermediate in rapidity between slow furnace cooling and quenching, in which the metal is permitted to stand in the open air.

Air-Hardening Steel
A steel containing sufficient carbon and other alloying elements to harden fully during cooling in air or other gaseous mediums from a temperature above its transformation range. Such steels attain their martensitic structure without going through the quenching process. Additions of chromium, nickel, molybdenum and manganese are effective toward this end. The term should be restricted to steels that are capable of being hardened by cooling in air in fairly large sections, about 2 in. or more in diameter.

Alclad
Composite sheet produced by bonding either corrosion-resistant aluminum alloy or aluminum of high purity to base metal of structurally stronger aluminum alloy. The coatings are anodic to the core so they protect exposed areas of the core electrolytically during exposure to corrosive environment.

Allotriomorph
A particle of a phase that has no regular external shape.

Allotropy
The property whereby certain elements may exist in more than one crystal structure.

Alloy
A substance having metallic properties and composed of two or more chemical elements of which at least one is a metal.

Alloy Steel
Steel containing substantial quantities of elements other than carbon and the commonly-accepted limited amounts of manganese, sulfur, silicon, and phosphorus. Addition of such alloying elements is usually for the purpose of increased hardness, strength or chemical resistance. The metals most commonly used for forming alloy steels are: nickel, chromium, silicon, manganese tungsten, molybdenum and vanadium, Low Alloy steels are usually considered to be those containing a total of less than 5% of such added constituents.

Alloying Element
An element added to a metal, and remaining in the metal, that effects changes in structure and properties.

Alpha Brass
A copper-zinc alloy containing up to 38% of zinc. Used mainly for cold working.

Alpha Bronze
A copper-tin alloy consisting of the alpha solid solution of tin in copper. Commercial forms contain 4 or 5% of tin. This alloy is used in coinage, springs, turbine, blades, etc.

Alpha Iron
The polymorphic form of iron, stable below 1670 (degrees) F. has a body centered cubic lattice, and is magnetic up to 1410 (degrees) F.

Aluminizing
Forming an aluminum or aluminum alloy coating on a metal by hot dipping, hot spraying, or diffusion.

Aluminum Killed Steel
A steel where aluminum has been used as a deoxidizing agent.

Angstrom Unit
(A) A unit of linear measure equal to 10(-10)m, or 0.1 nm; not an accepted Si unit, but still sometimes used for small distances such as interatomic distances and some wavelengths.

Anisotropy
The characteristics of exhibiting different values of a property in different directions with respect to a fixed reference system in the material.

Annealing
Heating to and holding at a suitable temperature and then cooling at a suitable rate, for such purposes as reducing hardness, improving machinability, facilitating cold working, producing a desired microstructure, or obtaining desired mechanical, physical, or other properties. When applicable, the following more specific terms should be used: black annealing, blue annealing, box annealing, bright annealing, flame annealing, graphitizing, intermediate annealing, isothermal annealing, malleablizing, process annealing, quench annealing, recrystallization annealing, and spheroidizing. When applied to ferrous alloys, the term annealing, without qualification, implies full annealing. When applied to nonferrous alloys, the term annealing implies a heat treatment designed to soften an age-hardened alloy by causing a nearly complete precipitation of the second phase in relatively coarse form. Any process of annealing will usually reduce stresses, but if the treatment is applied for the sole purpose of such relief, it should be designated stress relieving.

Annealing Twin
A twin formed in a metal during an annealing heat treatment.

Anodizing (Aluminum Adic Oxide Coating),
A process of coating aluminum by anodic treatment resulting in a thin film of aluminum oxide of extreme hardness. A wide variety of dye colored coatings are possible by impregnation in process.

Artifact
In microscopy, a false structure introduced during preparation of a specimen.

ASTM
Abbreviation for American Society For Testing Material. An organization for issuing standard specifications on materials, including metals and alloys.

Atomic-Hydrogen Weld,
Arc welding with heat from an arc between two tungsten or other suitable electrodes in a hydrogen atmosphere. The use of pressure and filler metal is optional.

Attenuation
The fractional decrease of the intensity of an energy flux, including the reduction of intensity resulting from geometrical spreading, absorption, and scattering.

Ausenitic Grain Size
The size of the grains in steel heated into the austenitic region.

Austenite
Phase in certain steels, characterized as a solid solution, usually of carbon or iron carbide, in the hamma form of iron. Such steels are known as austenitic. Austenite is stable only above 1333 (degrees) F. in a plain carbon steel, but the presence of certain alloying elements, such as nickel and manganese, stabilizes the austenitec form, even at normal temperatures.

Austenitic Steel
Steel which, because of the presence of alloying elements, such as manganese, nickel, chromium, etc., shows stability of Austenite at normal temperatures.

Austentite
A solid solution of one or more elements in face-centered cubic iron.

Autofrettage
Pre-stressing a hollow metal cylinder by the use of momentary internal pressure exceeding the yield strength.

Autoradiograph
A radiograph recorded photographically by radiation spontaneously emitted by radioisotopes that are produced in, or added to, the material. This technique identifies the locations of the radioisotopes. 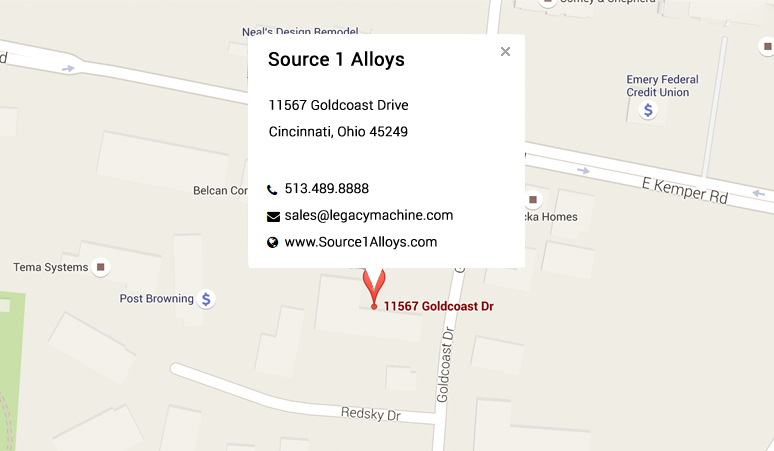